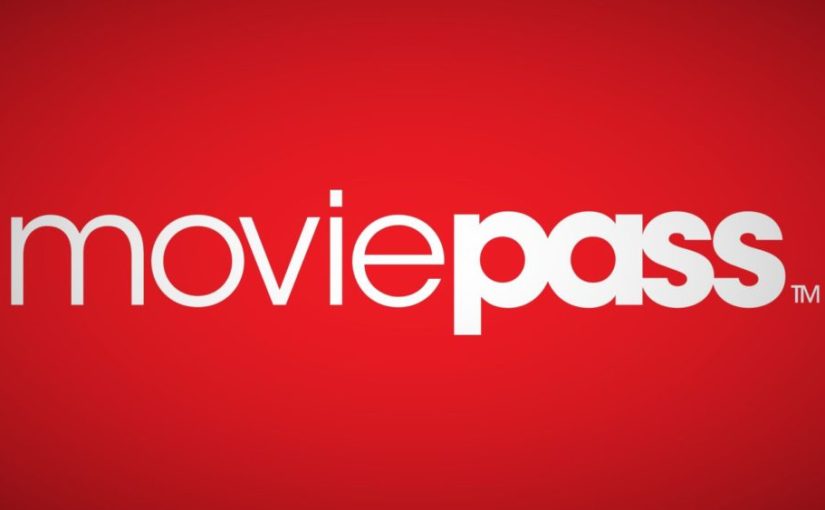 I absolutely love going to see movies in the theater…not hard to believe considering I was geeky enough to start this blog. However, it can be an extremely expensive hobby. Tickets range between $10-$14 a piece, depending on your location and type of showing, and then if you want snacks you’re not getting away without dropping another $10 per person. Two people can easily burn $50+ a trip if not careful. By the time you start thinking about taking your family of 4 or more, it begins to get astronomical.

A company called MoviePass intends to solve all that with a subscription service for movie theaters similar to the way Netflix works. While they have been virtually unknown for the last few years, they started gaining serious attention mid 2017. They are the first solid attempt at providing a solution to the high prices of a trip to the theater, and may even breathe new life back into the experience if they can accomplish everything they intend to.

In a nutshell, the service allows subscribers to see one 2-D movie per day, unlimited for $9.95 a month, using a membership card. Sound too good to be true, or maybe like some kind of scam? That’s what I thought at first, however after some extensive research and personally using MoviePass for the last couple months, I am convinced it is the real deal and more than worth the investment for movie lovers…at least for now.
How does it work?

Once you sign up for an account, your card is sent to you in the mail. It looks and acts as a debit/credit card, however, to use it, you have to download their free app and link it to the card. The app will list any theaters near your location that accept MoviePass. You simply choose the theater and the show time you want and then “check in” when you arrive at the theater. This will activate your card for 30 mins and allow you to “purchase” tickets as you would with a normal debit card. The transaction won’t go through without checking in on the app (As I found out the hard way on my first attempt at using it). 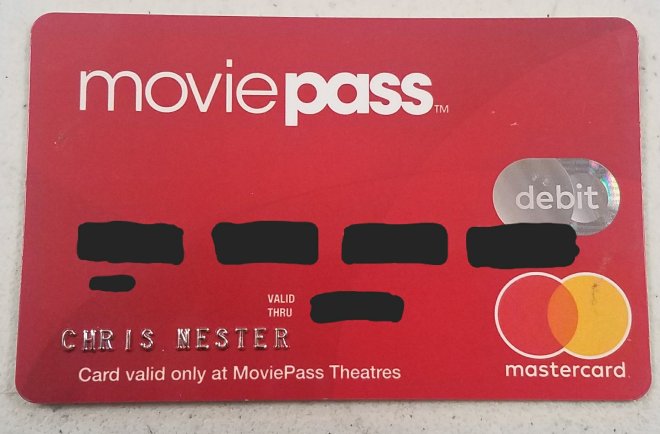 MoviePass still pays full ticket price for each transaction, so theaters aren’t losing any money when you use the service.
Is the value of MoviePass worth the cost?

To answer that question, it’s going to depend on how often you personally want to go to the theater, as well as how much tickets cost near you. The more expensive the tickets, the less trips it will take to “break even.” It also helps to think of the cost over a 12 month period, instead of monthly, as some months there may not be any movies that interest you, while others there may be several.

In Richmond, Virginia, non matinée tickets are on average $11 a ticket now (more or less depending on which theater you go to). 12 months of Movie Pass will cost you $120 per person, which means you’ll need to see at least 1 movie a month on average or 11 movies in the course of a 12 month period just to break even. Any trips after that are gravy. Take a quick look at this list of upcoming movies for 2018. If you can’t pick out at bare minimum 12-15 movies that you’d want to go see in a theater, then MoviePass will probably not be a substantial value for you.

To give some real world perspective, my wife and I joined roughly 2 months ago and have already seen 5 movies using Movie Pass. The tickets on average were $11 a piece, so altogether we would have normally had to pay $110 to see those 5 movies. With MoviePass, it’s only cost us $40 (the monthly fee for 2 people for 2 months). We’ve already saved $70 and will most likely see at least one more movie before the end of the month, bringing our savings to around $90 after only two months of use.

In 2017, we saw roughly 25 movies at various theaters. This year, we’re already on track to see more, as we are not only using MoviePass to watch movies we would have seen anyway, but now we’re also more inclined to go to movies we would have otherwise waited to catch at a second run theater or even after hitting Redbox. You can do the math from there, but we will literally save hundreds of dollars and see more movies this year. It’s a no brainer for us. While all of that is wonderful, MoviePass it isn’t perfect…yet.

There are still some road blocks that need to be fixed and improved. Here’s an overview of both the benefits and current drawbacks:

While the service is an obvious value to the consumer, it is fair to ask how in the world the company plans on staying afloat long-term? Mitch Lowe, CEO of MoviePass was interviewed by Wired magazine back in August, where he laid out much of their strategy.

For the short-term, they appear to be banking on an approach that sounds similar to that of gym memberships, by hoping members don’t see enough movies to get the full value out of the cost. Part of this also includes focusing on driving more memberships in areas of the country where ticket prices are under $10. This means areas where it will take more trips to “break even.” While this may work for gyms, with movies there are too many people who will take advantage of the service and use it to its full potential. It’s hard to see how MoviePass wouldn’t lose massive amounts of money and eventually fold if this was the full extent of their business plan. Thankfully, it doesn’t seem to be.

Lowe expanded by talking about a vision to grow the company using member’s movie viewing data. By bringing in the data company Helios and Matheson Analytics this past August, MoviePass will eventually make upgrades to their app that will help them have “total ownership of a night on the town.” They’ll seek partnerships with restaurants and other establishments to make their app a one-stop-shop for movie goers:

Helios’s mapping of the area around the theater, and all the different things you might encounter in that area, will allow us to do much more than we currently do. Here’s a great place to park, here’s a great restaurant across the street,” Lowe says. “You’re going to be able to pay for your concessions, pick your seats, and probably be able to pay for things at adjacent businesses and get one monthly bill.

Lowe also envisions a future where they have a direct hand in the success of films. Many times movies flop at the box office because consumers refuse to gamble movie tickets at $11-12 a pop and then snack prices on top of that to go see a movie they’re not sure they will enjoy. Now imagine there’s an army of millions of avid movie goers who no longer feel any negative financial repercussions tied to their movie selection. Using its members’ viewing data, they could strategically put those risky movies in front of the people most likely to be interested. This opens up a world of advertising possibilities that will put money in their pocket, make more movies financially lucrative and add value for subscribers. All that being said, the most difficult, and also most essential step will be building that army, without going under in the process. So how are they doing with that? So far, very well it seems.

By the end of 2016 MoviePass had 20,000 subscribers. As of January of 2018, they have surpassed 1.5 million. Much of that spike began back in August, when they dropped the monthly fee down from $50 to $9.95. They realized they weren’t getting enough bites at that price point. However, the day they dropped the price, their website crashed due to the massive influx of traffic. Now they seem to be well on their way to gaining that army of millions. I’ve noticed myself the uptick in people I know talking about the service, as well as seeing more people in the ticket lines getting their cards out.

All of this sounds fantastic to most, however some theaters aren’t yet 100% sold on the vision. AMC has voiced objections from the beginning, and is seeking a way out of accepting MoviePass. Their argument is that if the service flops (which they see as a matter of time), theaters will be the ones to suffer as members will not want to go back to the old status quo. Ultimately, to be successful, MoviePass will have to find a way to smooth things over and convince all theaters to buy in to the potential.

It will be interesting to see what happens in the next couple of years. Personally, I hope the company can achieve everything it is setting out to do, as it truly will change the face of the movie going experience if they succeed. However, at least for now I’m going to enjoy the hell out of MoviePass while it lasts, as it is hands down the best deal available for seeing movies in the theater.

3 thoughts on “MoviePass: What is it? How Does it Work? and Should You Get It?”