Crimes of Grendelwald is the next installment in the Fantastic Beasts corner of the Potterverse, and continues the adventures of “magizoologist” Newt Scamander during the 1920s as the sinister Gellert Grendelwald rises to the height of his power.

The Story – Not the film for newbies to jump on.

First and foremost if you’re new to J. K. Rowling’s wizarding world, this is frankly not a good movie to start watching. The story picks up after the events of the last movie and absolutely no time is wasted on recapping what has transpired so far. I am glad that my wife and I decided to re-watch the previous movie a couple nights earlier and recommend it as it definitely helped us stay on track with the sequel.

In addition to no summary, this movie makes enough references from previous Harry Potter movies to fill the Room of Requirement – see what I did there? So while it’s not required to enjoy the movie, I would say that it’s at least a good idea to have seen the Harry Potter films in order to get the most out of the Fantastic Beasts sequels – especially this one.

The story itself is entertaining, however you should be aware going in that it does move a bit slow through several sections. That’s not to say there isn’t a fair share of action, because there definitely is. The movie kicks off with a great action scene. However, there is a lot of exposition and dialogue through out the movie as well. I felt it was interesting and worked well, but not everyone wants that in a movie so just be aware. You will need to pay attention.

The reason for the slower burn is due most likely to the fact that Rowling is writing the screenplay for each film since there aren’t already published books to draw from. I think it’s awesome she’s able to do this, but when you have a writer who’s accustomed to telling a story over the course of an entire novel having to shrink that to a screen play for a 2 and 1/2 hour movie, it’s inevitable that it will feel more like watching a visual novel at times.

The movie isn’t perfect – but don’t let that spoil the fun.

One of the big criticisms for this film I’ve seen is that it creates multiple plot holes and timeline blunders as it seeks to expand and give depth to the universe. Most are fair issues, while others do seem more like the disappointed grumblings of super fans. It reminds me, on a much smaller scale, of the controversy that recently rocked the Star Wars fandom with the release of The Last Jedi.

When any universe is as beloved as giants like Harry Potter, Star Wars, or Lord of the Rings, it’s going to get held to a higher standard by its fans. This isn’t necessarily a bad thing, in fact it serves to keep pressure on the studios to continue making quality films.

However, the downside is that a fan’s expectations can also make it far more difficult to enjoy a perfectly good movie. It happens all the time. Fans envision what they want to happen in a movie before even seeing it. When those expectations aren’t met people start feeling let down or even cheated out of an experience they feel they deserve. The problem is, there are millions of fans associated with each of these properties; each with oftentimes drastically different expectations for how the franchise should continue. There is simply no way to please everyone.

My best advice for getting the most out of this film (or any film honestly) is two-fold:

First: go in with as little specific expectations on what you want the movie to accomplish as possible. Let the movie hit you, and then see how it makes you feel.

Second: Keep in mind that no matter how long you have been a fan of the movie or book series, it is not yours or my story. Let Rowling tell her story and realize that this is only movie 2 out of 5; anything can still happen. If something doesn’t sit well with you at first, ask yourself if it’s because it legitimately doesn’t work in the movie or is it more that you personally wanted something else to happen?

It is awesome that the creator of this universe is still getting to tell the story the way she wants to. So few authors get this much control over how their characters portrayed in film and I hope it continues.

My wife and I have read all the Harry Potter books and seen all the movies more times than I can count, and we both thouroughly enjoyed Crimes of Grendelwald. I went in blind and then afterwards reading other fan’s articles about plot holes, timeline changes, and other grievances after the movie was interesting but didn’t alter the fact that I enjoyed the movie.

I will say that the Fantastic Beast movies will most likely suffer the same fate as other franchises that have tried to continue the magic of their predecesors. They will be enjoyable and have their own place in the universe, but will never be quite as good as the originals.

Visually, this is the best looking film yet, and the opening scene does a great job of hooking you into the film with all its spectacle. There’s also something special and appealing about combining wizards with the style and flair of 1920’s. It worked well in the first film and it does so again here.

Eddie Redmayne continues to play the charmingly awkward Newt Scamander. It felt like he had just a bit more of an arc in this movie which was nice. By the end of the film, it felt like Newt had grown as a character.

Johnny Depp has moved from that actor who plays wacky characters to something more of a controversial figure with accusations of domestic abuse against his ex, Amber Heard. And while those accusations seem most likely true, I have no interest in getting into that in this post. I’ll only talk about how Depp’s performance as an actor was in this film. As a general rule, I try to stay away from diving too deep into what’s going on in actors’ personal lives. If we knew every detail of what goes on behind closed doors there would probably be very few of them we could stomach.

That being said, just know that he will play a large role in the films from here going forward, so if you find him morally repulsive and have his picture up on a dartboard somewhere it may be difficult enjoying the rest of the Fantastic Beast movies.

Strictly from a performance standpoint, Depp is of course excellent as the sinister dark wizard Grindelwald. Somehow even in 2018 the look and style of the character feels original and unlike any movie bad guy I’ve seen.

The best villains are the ones that believe they are in fact the hero of the story and have motivations you can at least somewhat sympathize with. That fits Grendelwald perfectly. He believes he is fighting the injustice of the magical government and begins to win followers to his cause. He’s an interesting villain, but also manages to be evil while not just following the same steps we’ve already seen with Voldemort.

Jacob is still the goofy yet endearing muggle who’s just a couple steps behind everyone else. His relationship with Queenie (Alison Sudol) gets a fair amount of screen time as they struggle to make their “mixed” relationship as a muggle and wizard work. Dan Fogler adds a lot of personality to the character and makes you root for him.

I thought it was a puzzling pick at first, but Jude Law won me over and is actually an excellent choice for a young Albus Dumbledore. Maybe not so much the voice, but watching his expressions during his scenes looked like you were watching a a younger Michael Gambon – the actor who has portrayed the character the longest. I’m looking forward to seeing more of him in the upcoming sequels. 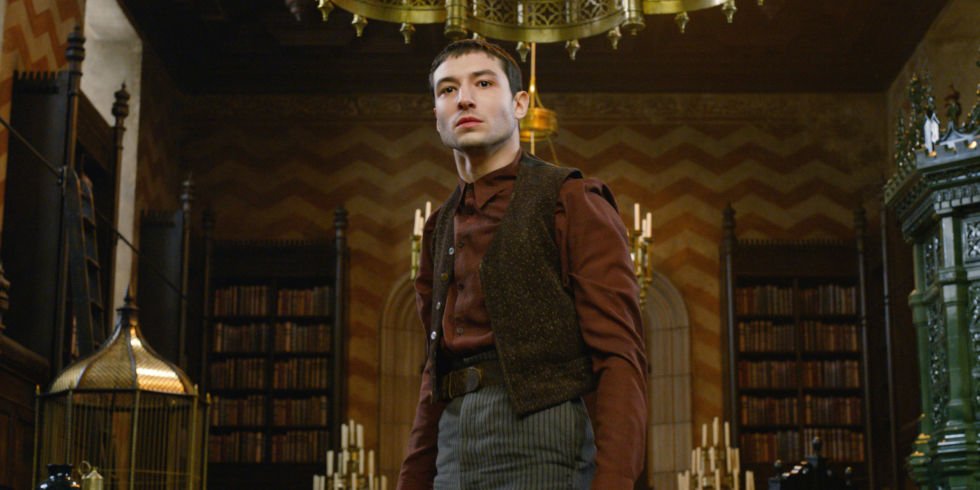 The only one I can’t seem to get past; Ezra Miller just doesn’t quite work in his role to me. Maybe I’m just still bitter over him being cast as the Flash in Justice League? He’s really hot right now in Hollywood, but I just don’t get it. The character has a big reveal in this movie and after I found myself wishing they had chosen someone, anyone else to be that person.

I was also surprised and a little disappointed at the direction Leta went in this film. It is hard not to think she could have had more use in a different direction, but I guess I’ll go back and re-read my advice from earlier. Especially with 3 films remaining; anything can still happen.

Crimes of Grendelwald is an enjoyable sequel to Fantastic Beasts, but in the end serves mainly as a setup for the films to come. There are tons of references to catch, and the movie looks spectacular visually. Ultimately, following and investing in the movie’s cast of characters, once again created by Rowling is the movie’s strongest selling point.

Cinematic Quality: 4 out of 5 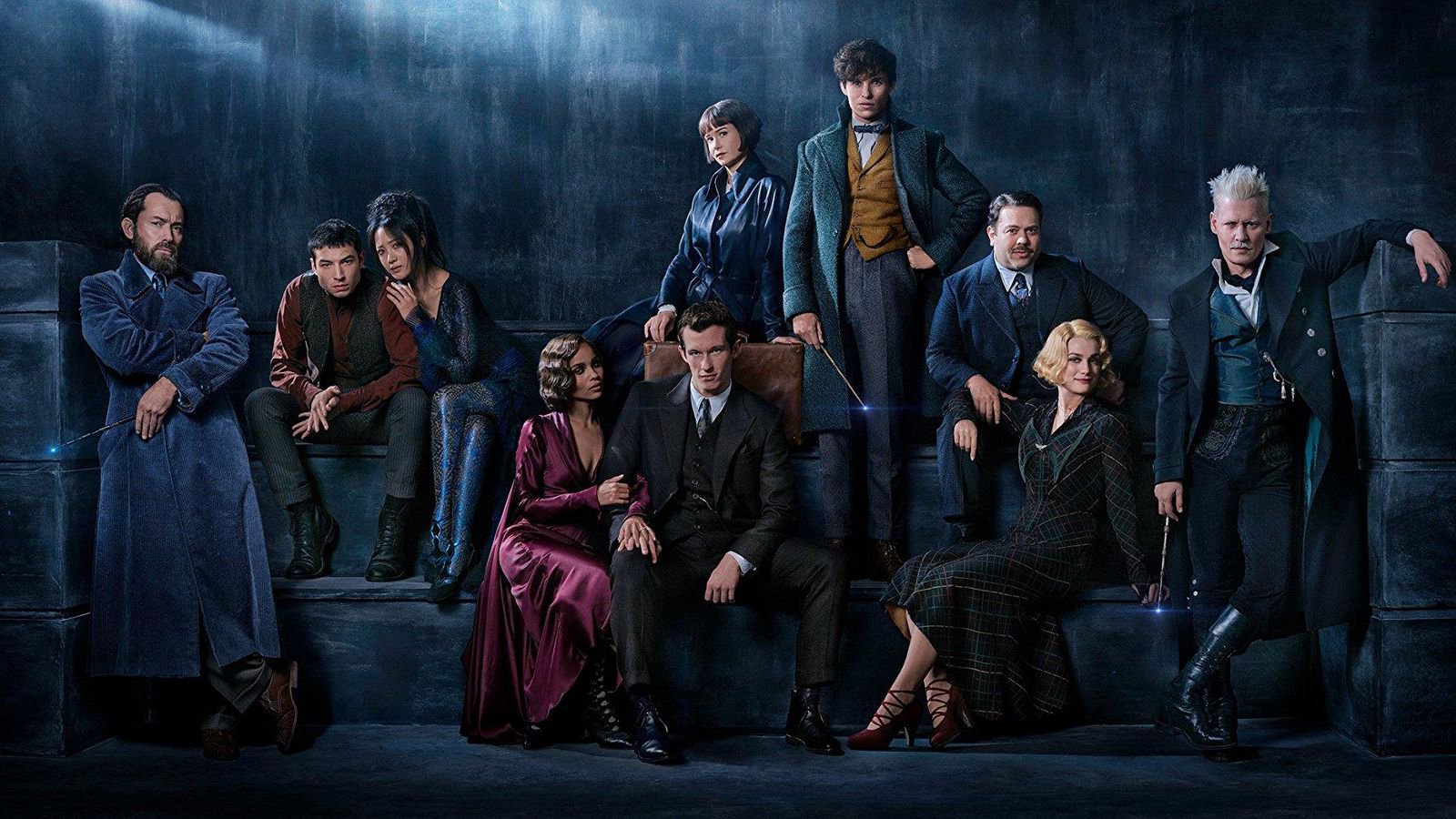