Here it is ladies and gentlemen; the first look at the infamous Venom movie, starring Tom Hardy:

So this trailer doesn’t actually reveal much; just establishes some foundation for Tom Hardy’s character Eddie Brock, who is clearly having a rough time. The trailer does establish a nice suspense, almost horror vibe. I would have liked to have seen just a quick look of him as Venom, but the trailer at least shows enough to make you want more…which isn’t that the goal?

Hardy is a fantastic actor and also a master of voices, but I can’t decide if I like what he’s doing here yet or not. He sounded better as the trailer progressed, but those first couple lines just sounded a little weird for me.

There are some interesting shots throughout the trailer though. The beginning starts with what seems like a very serene mountain location and ends up being just the opposite: Hardy in some type of facility, having tests run. The camera trick is a nice touch, and is an ironic play on what’s most likely about to happen to him.

Also worth noting is that most of the shots of Hardy are looking at his back, as he walks around like a brawler who’s expecting to have to fight at any moment. These are some silent cues as to how Hardy will play the character.

Their are a lot of doubts floating around right now about this Sony made Marvel movie, and while it’s still too early to tell if the movie will be any good, I think this trailer is at least a small step in the right direction. 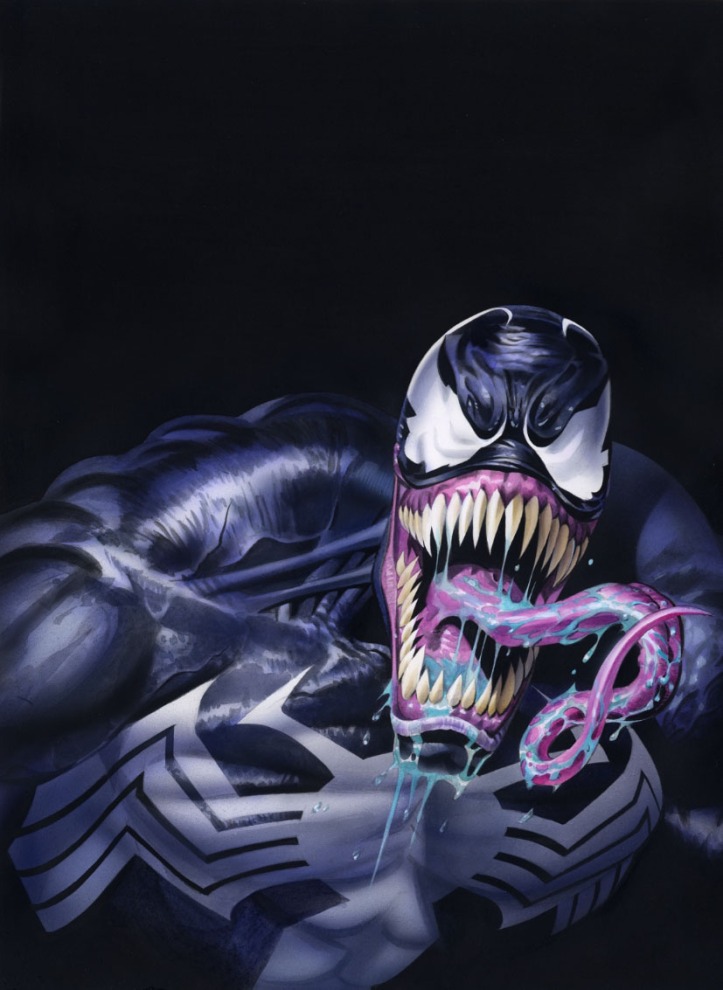 A very quick rundown for those not familiar: Venom is essentially the name given to the result of an alien creature called a Symbiote, bonding with a human host for survival. The Symbiote looks like squirming black goo, and once it overtakes its host’s body, the two become one symbiotic creature, known as Venom.

Venom enhances the abilities of whatever host it’s joined with. Due to its first host being Spider-Man, any future versions of Venom take on all of Peter Parker’s abilities. Eddie Brock is the most well known host the Symbiote has joined with, however there have been several others. Primarily a villain in the Marvel world, there have been quite a few instances of him taking on more of an anti-hero role (which is closer to what we’ll see with Tom Hardy here).

An even darker and more powerful Symbiote creature named Carnage is rumored to be the main villain of the of the movie. This Symbiote bonds with a lunatic in the comics named Cletus Kasaday (originally modeled after DC’s Joker, if that tells you anything about his personality) While Venom represents the dark side of Brock, Carnage takes things to another level: a truly psychotic and blood thirsty creature with absolutely no morals. 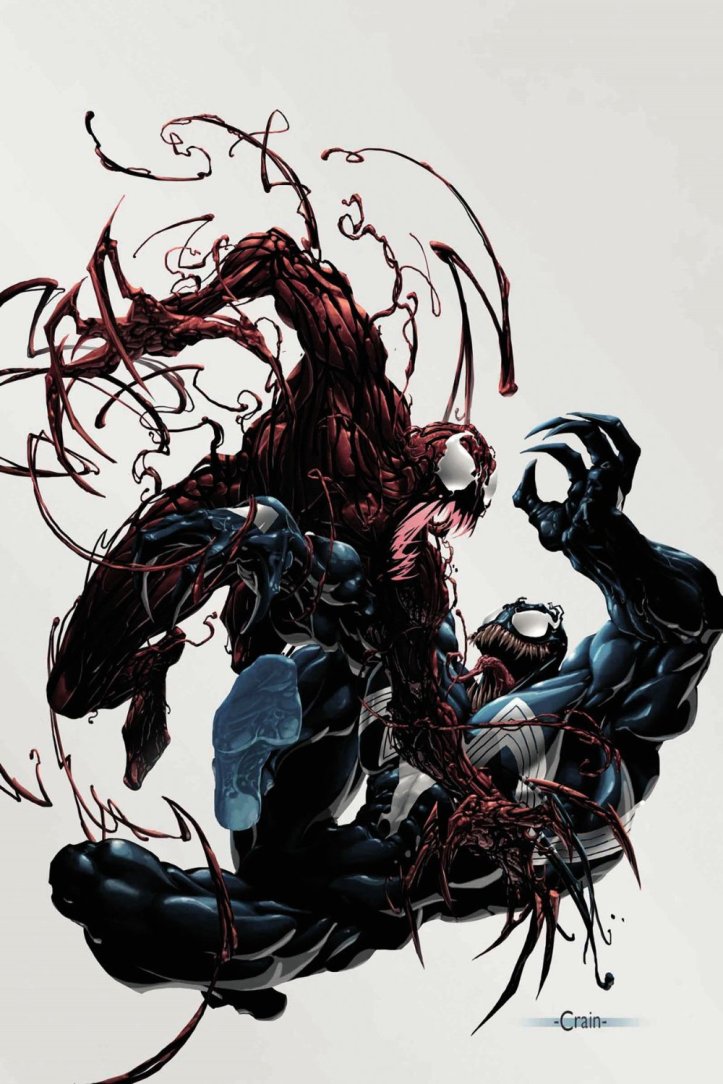 So What’s the Story Going to Be?

Promised to be “as true the the comics as possible,” the story will be based on 2 different Venom story arcs:

Planet of the Symbiotes

Both titles see Venom actually team up with Spider-Man to take on other Symbiotes. This all has posed a very important question fans want answered: will we see Spider-Man in Venom? After all, it seems almost wrong to have a movie devoted to one of Spidey’s greatest “frenemies” without the web-slinger himself. There’s been a lot of back and forth on that subject. First, there was an emphatic no; this Venom exsists in a separate universe from that of the Marvel Cinematic Universe. However, now it’s being at least rumored that Tom Holland could be in the film in some form. Either way, if he is in the film, it will most likely be a minor role.

What are your thoughts? Are you excited or will not even the great Tom Hardy with the clever promotional hashtag #wearevenom keep the movie from flopping? Time will tell for sure.

Venom is set to release October 5