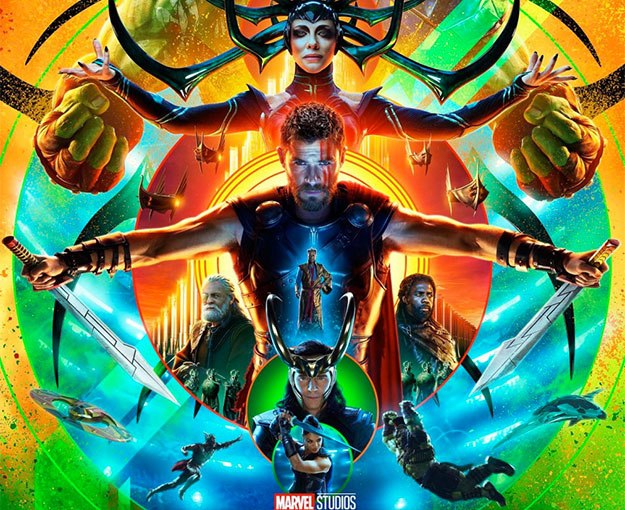 Marvel has clearly dominated the superhero movie genre for almost a decade now. Looking back on all their successes over the last 9 years, the Thor movies have collectively been the least profitable for the almost 20 movie franchise. So naturally as any business would, Marvel decided they needed to take things in a different direction to try to add a little electricity to the god of thunder’s box office numbers. What we were given with Thor: Ragnarok is undoubtedly a fun ride, but something akin to the Transformers movies: There’s a ton of laughs and action, but it’s not really that cohessive of a movie.

On the plus side, it is great to see a Thor movie that almost entirely takes place away from earth, and is definitely a step in the right direction. What Thor brings to the Marvel table is a world that is steeped in the sci-fi fantasy genre. The previous movies tried to center their plots around Earth (most likely to try to make Thor more relateable) however both ended up suffering because of it. Ragnarok has a fantastic foundation: giving us a Thor story that takes place on his own turf so to speak…and then ruins it with the movie’s biggest issue: excessive, forced comedy. 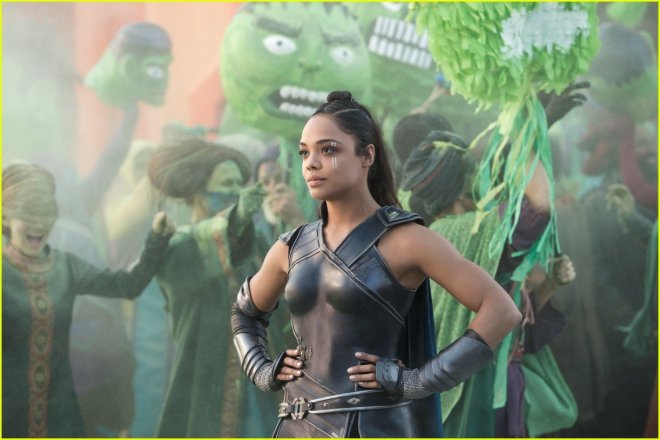 There is a dangerous trend right now in superhero films that in order to be “good” it has to be funny. With the success of movies like Deadpool and Guardians of the Galaxy it’s understandable how we’ve arrived to this thinking…but that doesn’t make it true. While Deadpool and the Guardians movies are hilariously good movies, it is detrimental to think that all movies have to fit into that same mold.

It feels out of character for Thor and Hulk/Banner to be making jokes or to do “funny” things constantly. That’s not how they are in the comics, and more importantly that’s not how they’ve been in previous Marvel movies. It is so very obvious that their personalities have been changed to resemble those found in the Guardians movies (because they made a lot more money) and as a result, what makes both characters interesting and unique in the Marvel universe is quite literally “dumbed” down in Ragnarok. What we are left with are not Thor and Hulk, but goofy caricatures of what they should be, reminiscent of the Adam West version of Batman.

The other issue with the excessive comedy is that the tone of the movie is all over the place, and as a result, many scenes that are supposed to carry more weight, don’t. This movie is centered around stopping Ragnarok, which is essentially the end of the world. Sounds like pretty dark stuff, right? Well it never feels like it. We are constantly hit with story beats that are suppose to be dramatic and intense, and before we have time to process whats going on…it’s back to cracking jokes. Many of the dramatic scenes even have multiple jokes running through them. It’s just too much. There are events that happen that should shake Thor to his core, but instead he responds by joking around with his best friend Hulk or constantly talking about being a hero. The urgency and intensity just gets lost in the laughs.

The old saying “everything in moderation” comes to mind. While many people thought Batman v Superman was too dark, it is still possible to go too light. Comedy is not the only thing that makes a movie good, however that is what Marvel thinks now looking at the box office numbers. 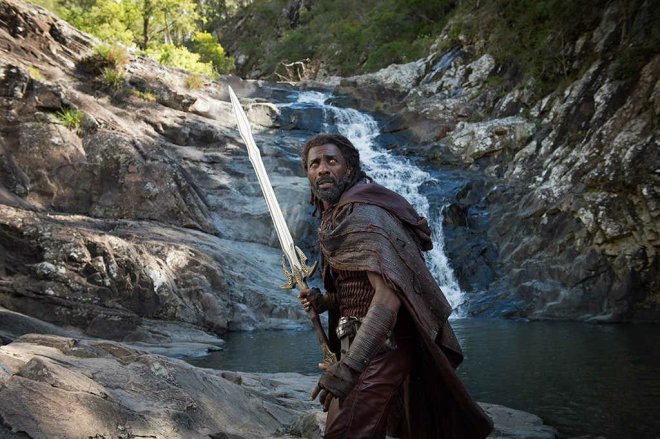 Thor: Ragnarok is not a bad movie. It has some fantastic characters and an interesting story. (Cate Blanchett and Jeff Goldblum are both perfect for their roles). However, the excessive and out of place comedy takes you out of the movie and negates any weight the movie tries to impose on the viewer. Nothing matters except having a good time. If this is Marvel’s direction now with all of it’s movies then I am extremely nervous about how the upcoming Infinity Wars movie will be handled. It is meant to be a much darker story, and if they try to turn it into a comedy because they think they will make more money, it is going to be a disaster. I don’t want all of my movies to have the exact same tone. Variety is the spice of life.

Marvel’s latest Thor movie has a solid foundation, but is held back by excessive, forced comedy.

3 thoughts on “Review of Thor: Ragnarok aka Asgardians of the Galaxy”

Leave a Reply to Geek to the Future Cancel reply