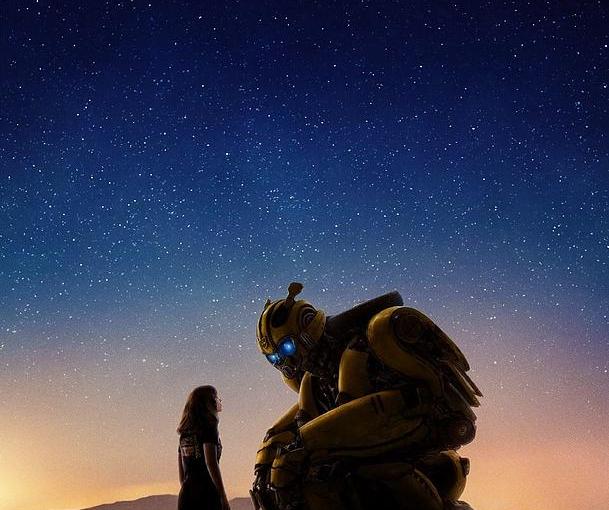 I will just go ahead and say it: Michael Bay absolutely butchered the good name of Transformers. The first movie was the most enjoyable for me, I think simply because it was the first and was just really exciting to see a fond childhood memory make it to blockbuster movie status. Each new film kept making enormous amounts of money and so naturally Bay kept spitting them out; which is where it went downhill. Despite some entertaining aspects, overall each new installment turned out to be even more disappointing than the last. The human characters became wacky cartoon caricatures and the stories stopped making sense. They became simply excuses to have bigger and more elaborate action set pieces filled with explosions and models running in slow motion.

It got to the point where I felt trapped in a never ending cycle. With each new movie I thought, “Well this one has to be better than the last one, right?” Nope, it was always somehow worse. I never bothered to see The Last Knight in the theater and to this day I still haven’t finished it. I made it three quarters of the way through and just couldn’t do it anymore. Right before I turned the movie off I think my last words were “I don’t even know what’s going on anymore!” Coming from someone who always finds a way to enjoy even the worst of movies, that’s an accomplishment.

When I first heard that a solo Bumblebee prequel movie was in the works I think I may have literally slapped my hand against my forehead. I thought the bleeding had stopped. But no, apparently the studio wanted to squeeze a little more money out of the franchise with more of the same over the top slapstick comedic characters, explosions in every scene, and models with fake tans who can’t act.

As more info started to come out though, I was surprisingly becoming more interested in the movie. First and foremost, Michael Bay was bumped from director to producer. Hallelujah! It was disappointing he wasn’t removed completely, but at least someone new was taking over as director. That someone is Travis Knight who has so far directed several children’s films including Kubo and the Two Strings, The Boxtrolls, ParaNorman, and the upcoming bigfoot movie Missing Link.

Then the trailer came out, and it actually looked pretty good, especially the transformers. They clearly went with designs that were more inspired by the original cartoon. This is something that fans have been yelling for since the beginning, and was the last straw. I decided that maybe someone was finally listening and I should at least give Bumblebee a chance.

The best opening scene in a Transformers movie ever.

The first think I have to mention is how damn good the opening scene is. It takes place on Cybertron and instantly took me back in time to my childhood watching autobots and decepticons fighting each other. Several are immediately recognizable and even the voices and gun sounds reminded me of the cartoon. It is by far one of the best nostalgia moments, and I honestly would love to see an entire film that centers around this live action version of the war on Cybertron.

We get to not only hear what Bee’s actual voice sounds like, but also later on how he lost it. If I remember correctly I think he also spoke at the end of one of the previous films…maybe Dark of the Moon, but Dylan O’Brien as the voice is much more fitting here. O’Brien is probably most known for the book turned movie series Maze Runner.

The characters are still a little too “cartoony,” but nowhere near the level of previous films.

Some of the ridiculous comedy that overwhelmed all of the Bay movies still seeps in here in places, but it’s nowhere near the same level. I get that they’re marketing to kids, but I’ve never really understood why they felt the need to make all of the adult characters look like bumbling idiots or follow cookie cutter stereotypes.

John Cena is the prime example here. He plays a military guy that is so stereotypically macho it’s funny. I feel like he’s purposely hamming it up here though as I’ve seen him in other films and while he’s by no means an award winning actor, he still fairly decent…at least better than here. He never hits a level that ruins the movie, it’s just noticeable.

Hailee Steinfield by contrast was a fantastic choice for the lead. She’s probably know most recently for her role in Pitch Perfect, but I think the first movie I saw her in was the excellent remake of True Grit. Unlike previous Bay leading ladies, she’s attractive but isn’t constantly flaunting it in every scene with a low cut shirt and booty shorts. Oh yeah, she can actually act as well. The rest of the supporting cast is fine, but, like Cena, still a little more “goofy” than I think they need to be.

This is definitely a much smaller scale story which is a nice change of pace, however it did feel a bit too slow at times. I think the biggest stumbling block that these movies are still struggling with is that they spend far too much time focusing on the human counterparts. People want to see the transformers, not the humans. That’s what made the G1 cartoons of the 80’s so special. There were humans involved, but it was primarily the Transformers’ story.

The ending does set up the possibility of a sequel. According to news from last February, the plan seems to be to use Bumblebee as a “soft reboot” to release future transformers movies, with Hasbro having much more control over the franchise going forward. Now, having seen the movie, I think it’s a fantastic idea and hope they stick with it. The movie hasn’t been doing as well as it’s predecessors, but it’s at least surpassed it’s budget so far. Time will tell.

Bumblebee still has some minor issues, and the pacing drags at times, but it is still easily the best transformers film to hit the scene in a long time. Using the popular character to breathe new life into the franchise turned out to be a smart decision after all. The G1 transformer designs look perfect and Peter Cullen is still the voice of Optimus Prime. At least for now, it looks like all is right with the world again. For the first time in a long time, I am actually looking forward to what the next film will bring.

Cinematic Quality: 4 out of 5

Worth the price of admission: 4 out of 5