In it, we not only get a better look at Donald Glover’s young Lando Calrissian, but we also get to hear what Alden Ehrenreich sounds like as Han. Take a look:

While it is a good-looking trailer with some incredible visuals, I’m still not sold. This is going to be a tough one to win over many of the fans with. Unlike the never before seen characters of Rogue One, we definitely know Han and Lando. Fans have grown up watching and listening to Harrison Ford and Billy Dee Williams for decades.

Purely judging from the trailer I think Ehrenreich will do a decent job mimicking Ford’s mannerisms (He nails a laugh at the end of the trailer)…but there’s something about the voice that feels off. For a younger Han, it has too much edge to it. The jury is still out on Glover, however he looks more the part than Alden does. I’m just not convinced it will “feel” like Han and Lando.

I know some of you may say, wow that’s incredibly picky (and something only a movie geek would say), but if you’re going to recast two of the most iconic characters in movie history…it has to be spot on. There’s no room for error.

The goal can’t be to watch this movie thinking “that guy does a decent impression of Harrison Ford as Han Solo.” The goal is to make the audience forget he’s been recast altogether and believe that this really is a younger Han Solo. Maybe this is asking the impossible, but with a production period with a series of troubles including the original directors being canned and re-shoots ordered…well let’s just say “I have a bad feeling about this.”

And where in the world did Woody Harrelson come from?? Of all the people I never thought would be in Star Wars movie, he has to be near the top of the list. These are crazy days we live in, folks.

One final note on the trailer is that the also iconic Millennium Falcon is notably different; as it should. For one, it looks like it just flew off the assembly line (not quite the “bucket of bolts” we all know, yet). Also, at the nose of the ship, it looks like the middle section has been filled in. It should be interesting to see how the change in design comes about.

Along with the trailer, we get 4 character posters, which I posted below. Same story here as with the trailer: While the posters are well designed, something doesn’t feel quite right; especially with Han. They do give you a good shot of the front of the Falcon to see what I mentioned about the design.

I am interested to find out more about Emilia Clarke’s character Qi’Ra. The recent Star Wars films have had several fantastic, strong female characters so far, and with Khaleesi herself on-board, the trend should continue.

We all know Disney is out to make money as any business with a property as successful as Star Wars would be. I’ll still be at the front of the lines to see this, I’m just afraid, Solo might be the first one that actually feels like a cash grab.

Here’s hoping it’s not. What’s your thoughts on the trailer? Let me know. 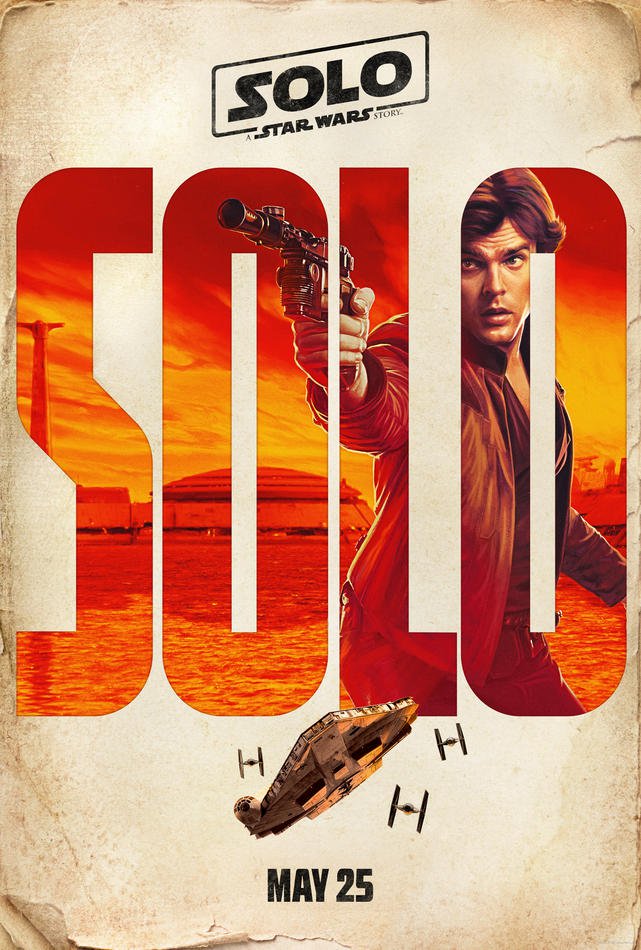 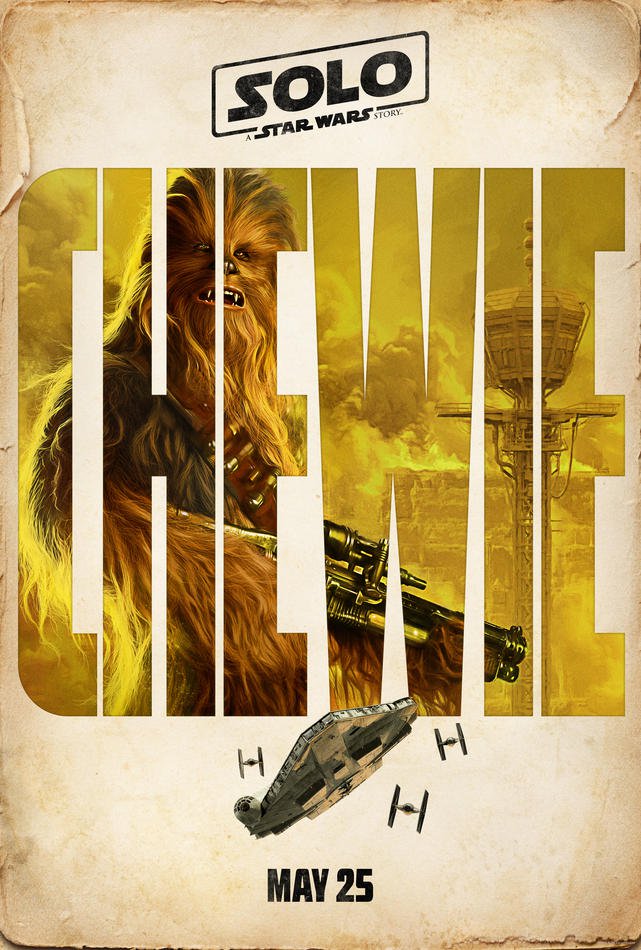